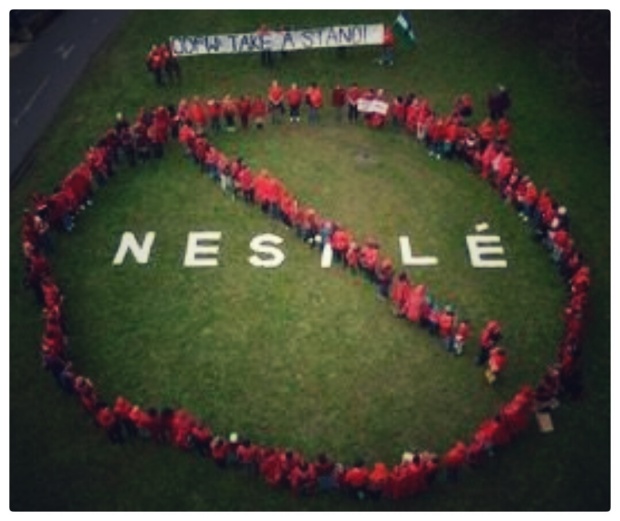 Here is a good example of the usefulness of ballot initiatives (the mechanism of direct democracy which allows citizens to introduce legislation through petitions), and the effectiveness of localizing democracy.

The people of Cascade Locks, Oregon in the United States mobilized against Nestle in order to protect local control over water resources, and preserve the sustainability of their water supply. Nestle, one of the largest multinationals in the world, is attempting to buy control over the Hood River, to bottle water for sale on the open market. Such a move would undoubtedly depleted the water supply for the local citizens, and the facilities and transport would have disrupted normal life, as well as undermined the local economy.

City officials became mouthpieces for Nestle, and it appeared that the deal was done without any public discussion.  But the community organized.  They recognized that Nestle is too powerful to fight directly, so they introduced a ballot measure that would set restrictions on any potential bottling deal between the corporate giant and the local government.  Under the measure, Nestle would not be allowed to bottle more than 1,000 gallons of water per day, and, crucially, it would not be allowed to export the water outside Hood River County; an absolutely brilliant strategy.

Nestle has formed a political action committee and hired one of the most expensive consulting firms in the state to lobby against the ballot measure, so the fight is ongoing.  But this represents a truly ingenious and inspiring example of grassroots organizing against corporate domination and exploitation.

Democratic mechanisms like this are not in the least bit contradictory to Islam, but offer a protection against corruption.  Within the context of a Shari’ah-based constitution, Nestle’s water-grab could be fought on the basis of it being unconstitutional; as water is a natural resource that is owned by the community, and not eligible for privatization; but I wonder who among the Islamists would stand up to Nestle the way these people are doing? Who among the Islamists would even understand the urgency and importance of this issue?