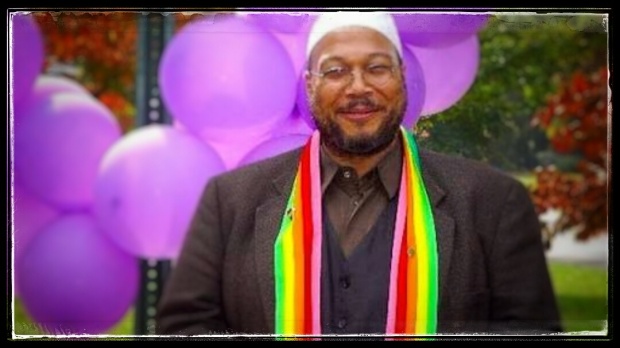 If we accept the historical position of most of the Fuqaha, and the manner in which Shari’ah was applied throughout our history; that Islamic Law applies to Muslims and not to non-Muslims living under an Islamic government, is it feasible then that gay marriage could be tolerated between non-Muslims?  Do homosexual non-Muslims have the right to enter into a civil contract of marriage under a Shari’ah system?

This is a position put forward by “moderate” Muslims who, in my opinion, are trying to ingratiate themselves to the Politically Correct police, and doing so disingenuously.  No one is served by being dishonest about what the Shari’ah actually says.  If you want to make an argument for tolerance of homosexual unions, you cannot really claim that the Shari’ah upholds that.

It seems to me that this argument is a bit of a stretch.  We are, after all, not only talking about an act which is strictly prohibited by the Shari’ah (in which case you could argue that the prohibition only extends to the Muslims), and we are not only talking about an act for which a previous nation was destroyed with a punishment unlike any punishment inflicted by Allah before or since; we are not just talking about the act of sodomy; we are talking about marriage declared publicly and recognized publicly, between sodomites.  We are talking about the social normalization of same-sex marriage, which contradicts what Allah has said regarding the sanctity of the male-female union in Surat-an-Nisaa:

” O mankind! Have fear of your Rabb, the One who created you from a single soul, from that soul He created its mate, and through them He spread countless men and women. Fear Allah, the One in whose name you demand your rights from one another and the ties of relationship; surely Allah is watching you very closely.”

And this ayah was not directed towards the Muslims, but towards all of mankind; the mate for man is woman, and a “mate” is one with whom children can come forth.  It is incorrect to refer to the permissibility allowed in the past for Zoroastrians to conduct marriages between brothers and sisters, because the prohibition of such unions in the Qur’an was directed towards the Believers, not towards all of humanity. The designation that women were created to be the mates and spouses of men is applicable to the whole of the human race;

“And of His signs, another one is that He created for you mates from among yourselves that you may find comfort with them…” (Rum:21)

Thus, marriage under the Shari’ah can only be allowed between men and women, whether Muslim or non-Muslim.  If you want to debate whether or not a non-Muslim who commits sodomy should be punished by the Hadd that would apply to a Muslim who commits the same act, that is another matter.  Even here, though, it is a dubious position to claim that the Hadd would not apply, since Rasulullah ﷺ  said ” If you find anyone doing as Lot’s people did, kill the one who does it, and the one to whom it is done.”, and he said “anyone”, not “any Muslim”; and Allah Knows Best.

Furthermore, even if you somehow uphold the right of homosexual non-Muslims to engage in their behavior, as I said, marriage is a public act, and those actions which Islam prohibits for Muslims are prohibited for non-Muslims to engage in publicly, whether it is drinking alcohol, ringing church bells, wearing crosses, or what have you. It is, therefore, unthinkable that the tolerance of the Shari’ah would extend to public recognition of “marriage” between sodomites.

Ultimately, I do not think it is helpful to anyone for us to claim that something is allowed in the religion, when it demonstrably isn’t.