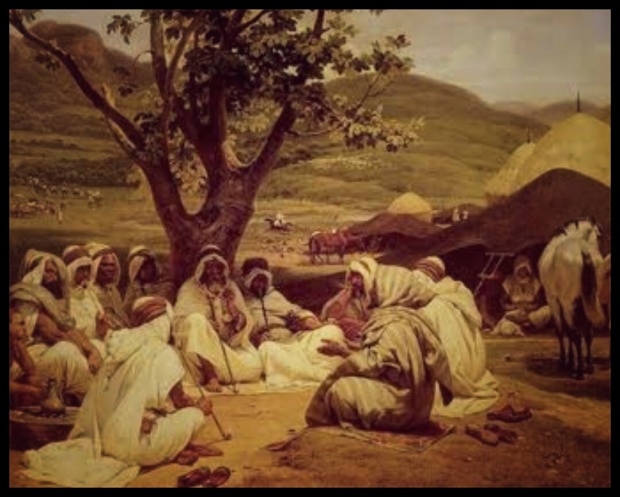 If we accept the historical mechanism of “shura”, and only include in consultation those in society who “tie and untie” (ahl al-hal wa’l-‘aqd), that is, the people of power and influence, i.e. the elite; well, we already have that system.  How well is that working out for us?

That is the concept of Shura you find in the classical sources; tribal leaders, the rich, etc, get to participate in decision-making, not the general public.  This was a theory developed in a particular time and place, and in the context of a particular culture.  Tribal leaders had a vested interest in the well-being of their people, so it made sense. They were like members of parliament representing a particular district, except that they had actual blood ties to their constituency, and a whole history with them; they lived among them and genuinely cared about them…unlike parliament.

Well, we are not all fortunate enough to live in tribal systems from a thousand years ago.

Today, the people in a position to “tie and untie” are the rich, the industrialists, the owners of capital, CEOs and shareholders; and they have no connection to the common people, no knowledge of their circumstances, and no concern for their well-being.  These are the people who do in fact control policy, who participate in consultation, who determine what the laws will be; and yes, as could be expected, they do influence policy for their own benefit, and to the detriment of the broader population.

The concept that only the elites should participate in Shura, anyway, is questionable.  Was Hubab bin Mundhir from the elites of the Khazraj? Was he a prominent Sahabi?  Where are the hadiths narrated by him?  Where is he mentioned in the Seerah, except for that one instance when he contributed his opinion on the placement of soldiers at Badr? We know very little about him.  We know that he participated in the Shura for the selection of Abu Bakr as the successor to Rasulullah ﷺ, but this was likely due to his presence at Badr.  At the time of Badr, when Rasulullah ﷺ took his opinion, was he a member of the elite of the Ansar? I don’t think so.

So, either we need to reevaluate the classical concept of who is allowed to participate in Shura, or else we need to redefine the meaning of those who “tie and untie”, because, as it stands now, the rich and powerful are the last people we want making decisions with impunity that will impact the rest of us.