More than half of Unilever’s profits are coming from so-called emerging markets, and Southeast Asia is of tremendous importance to them.  This is one of the reasons for their investments in Myanmar.  It is geostrategically positioned as a crossroads country, with convenient access to a number of regional markets.  It is understandable that the company does not want to estrange its partners in the Burmese government by condemning the genocide they are perpetrating against the Rohingya Muslims; but CEO Paul Polman, and Unilever’s Board of Directors, are in a Catch-22 situation; playing nice with the Myanmar regime, keeping quiet about repression, so they can reach Asian consumers may end up alienating the very consumers they are trying to reach, who are increasingly concerned about the Rohingya genocide.

Unilever’s market share in Southeast Asia is being won, literally, shop-by-shop, shelf-by shelf; it is almost akin to Grassroots-type organizing.   The company gives discounts on goods to small, family-owned corner stores in exchange for prominent positions in displays, and on the stores’ front shelves, with other brands relegated to the back of the shops. Unilever representatives come around to the stores every week to check that their products are getting prominent placement, as agreed.  It is a system that works well for Unilever, but could just as easily backfire if public sentiment turns against the company due to its silence on the atrocities in Myanmar.  The prominent placement strategy makes the logistics of boycotting their brands much more straightforward, and the discounts offered to shop owners would eventually no longer pay off, as their products sit untouched on store shelves.  Indeed, shops could potentially face a backlash themselves for selling Unilever brands, as the company’s silence over the Rohingya increasingly connects Unilever in the public mind with genocide.

It would be a disastrous miscalculation on Paul Polman’s part if he underestimates the gravity of this issue to people in the region.  Even if the suffering of the Rohingya are not grabbing headlines in the West, in places like Malaysia, Indonesia, and Bangladesh, populations are becoming more and more outraged by the atrocities and repression; and these are the very markets that brought Unilever to Myanmar in the first place.  This is the issue that will either be what cements the brand loyalty of Asian consumers to Unilever, or it will be Unilever’s undoing.

The #WeAreAllRohingyaNow Campaign is not restricted to social media; it is not just on Twitter and Facebook; it is not just Online, it is on the ground.  The Campaign is comprised of almost every international Rohingya organization, including those grassroots groups based in Southeast Asia with extensive networks of activists.  Everyone is waiting for Unilever to take a stand against the genocide, waiting for Polman to respond to the Campaign’s outreach; but they are not waiting due to a lack of options.

Alternatively, the Grassroots reach of the #WeAreAllRohingyaNow Campaign could just as easily mobilise consumer support for Unilever if the company chooses to take a moral stand on this issue.  Potentially, they would not even have to offer shops discounted prices in exchange for priority placement on the shelves because customers would specifically seek out their goods to express their appreciation for Unilever’s stance. 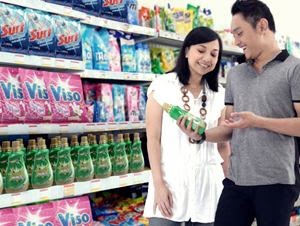